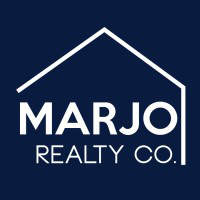 Broward County is located in southeastern Florida, United States. According to the 2019 Census Bureau estimate, the county had a population of 1,952,778, making it the second-most populous county in the state of Florida and the 17th-most populous county in the United States. The county seat is Fort Lauderdale. Broward County is one of the three counties that make up the Miami metropolitan area, which was home to 6.14 million people in 2020. It is also one of the most ethnically diverse counties in the entire country.

The county has 31 municipalities, which consist of 24 incorporated cities and many unincorporated areas. It is also Florida's seventh-largest county in terms of land area, with 1,322.8 square miles (3,426 km2). Broward County's urbanized area occupies 427.8 square miles of land. The largest portion of the county is the Conservation Area that extends to the county's Western border. The conservation area is 796.9 square miles and consists of wetlands. At its widest points, the County stretches approximately 50.3 miles east to west and approximately 27.4 miles from north to south, averaging 5 to 25 feet in elevation.

MIAMI ASSOCIATION OF REALTORS® All information deemed reliable but not guaranteed. All properties are subject to prior sale, change or withdrawal. Neither listing broker(s) or information provider(s) shall be responsible for any typographical errors, misinformation, misprints and shall be held totally harmless. Listing(s) information is provided for consumer's personal, non-commercial use and may not be used for any purpose other than to identify prospective properties consumers may be interested in purchasing. The data relating to real estate for sale on this website comes in part from the Internet Data Exchange program of the Multiple Listing Service. Real estate listings held by brokerage firms other than Marjo Realty Co. may be marked with the Internet Data Exchange logo and detailed information about those properties will include the name of the listing broker(s) when required by the MLS.